Posted at 05:14h in Conditions, Lifestyle, Treatments by Mack Mazeski

Migraine headaches are a debilitating condition that is not life-threatening but can result in hours of extreme pain for sufferers. Migraines can last from four to 72 hours and are frequently accompanied by other distressing symptoms. These include heightened sensitivity to light, smells and touch, nausea, dizziness, tingling numbness, and blurred vision.

Treatment approaches include lifestyle changes, medications, and neuromodulation. Considered by some to be a game-changer in the field of long-term pain management, clinicians recommend neuromodulation (or transcutaneous supraorbital nerve stimulation). Approved for migraines since 2014, a form of this has recently been shown to significantly reduce dependence on pain medications in persons suffering from lower back pain. 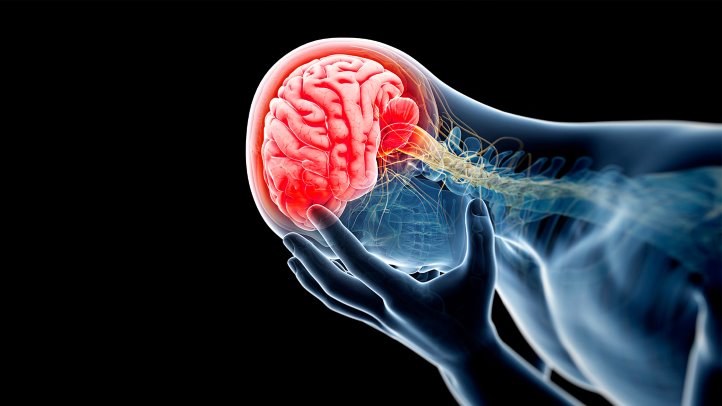 The Migraine Research Foundation warns that “contrary to popular belief, migraines are not just a bad headache.” Migraines, the foundation says, are “an extremely incapacitating collection of neurological symptoms that usually include severe, throbbing pain on one side of the head.” However, a third of migraine sufferers experience pain on both sides of the head.

About 39 million Americans and 1 billion worldwide suffer from migraines, which are more common in women than in men. About 12 percent of all people suffer from a migraine at some point in their lives, including 18 percent of women, six percent of men and 10 percent of children. This makes migraines the third most prevalent illness worldwide.

There is no cure for migraines as the causes of migraines are still being researched. Genetics plays some role, but others focus on environmental factors. There are many potential triggers for migraines, including:

—  and various chemicals, including medications, salt, and food additives.

Some migraine sufferers can sense an oncoming attack from various warning signs that they have learned precedes a migraine onset. Called the prodrome period, some undergo mood changes, while others experience increased thirst and urination, constipation, a stiff neck, and even excessive yawning. These signals can occur from one to two days before the migraine hits.

About a third of migraine sufferers experience what is called an aura effect, which is a set of symptoms that occur generally within hours before the migraine pain develops.

Aura symptoms reflect the widespread neurological disturbances associated with migraines. While these symptoms are mostly visual, auditory (hearing) and tactile (touch) senses can be affected as well.

— pins and needles sensations in limbs or face

Finally, migraine sufferers can also experience post-migraine symptoms. After such intense pain, the absence of the migraine can include ghost-like dizziness, fogginess, confusion, moodiness and overall weakness. Sensitivity to light and nausea can also persist after the pain has gone in what is called the postdrome period of a migraine condition.

With recent studies validating the neuromodulation option for a variety of painful conditions, the International Neuromodulation Society is calling this relatively new option a viable treatment for migraines, chronic headaches, complex regional pain syndrome, failed back surgery syndrome and peripheral neuralgia. A recent study by Boston PainCare found that one year after implant, 71.4 percent of chronic back pain patients in a clinical study of neuromodulation had reduced their pain medications.

Treatment approaches for migraines include two basic approaches. The first order of business is to try to reduce the number of attacks with specific lifestyle changes. Reducing stress, eating right, getting regular exercise and other trigger-avoidance measures can be taken.

In addition, transcutaneous supraorbital nerve stimulation is an option for migraine management. This option involves the placement of microelectrodes close to the trigeminal nerve to disrupt pain signals going to your brain.

Preventative and pain relief drugs are also prescribed. These include erenumab (Aimovig), a preventative, as well as antidepressants and epilepsy medications. Botulinum toxin A has also been used as a preventative measure. Once an attack has begun, doctors prescribe sumatriptan, ergotamine, and analgesics and various pain medications as a means of reducing symptoms.